An Exclusive Interview with Helen Caldicott

It’s been 40 years since If You Love This Planet won the 1982 Academy Award for Best Documentary.

The film is comprised of a lecture given to students by outspoken nuclear critic Dr. Helen Caldicott, president of Physicians for Social Responsibility in the USA. Her message is clear: disarmament cannot be postponed. Archival footage of the bombing of Hiroshima and images of its survivors seven months after the attack heighten the urgency of her message.

Since it was released, the film has only grown more relevant and authoritative and, on its anniversary, Dr. Caldicott has given an exclusive interview on its context and continued relevance. A U.S. Air Force B-52 Stratofortress leads a formation of aircraft including American, Polish, German, and Swedish fighter aircraft over the Baltic Sea on June 9, 2016. (Photo: U.S. Air Force)

As NATO on Monday began its annual rehearsal for nuclear war in Europe and Russia prepared to conduct its own nuclear drill amid Cold War-like tensions inflamed by the invasion of Ukraine, peace advocates underscored the... read more

When you are a medical professional, relying on luck is not the preferred option. But for 87-year old retired radiologist, Dr. Murray Watnick, there are some circumstances when, if luck comes your way, you readily embrace it.

One such moment was the Cuban Missile Crisis, 13 tense days in October 1962, now being remembered 60 years on. Watnick was serving as a medical officer at the time, assigned to the US Strategic Air Command base at High Wycombe in the UK, headquarters base for the 7th Air Division and also home to a “nuclear bunker”.

The Cuban Missile Crisis is still believed, today, to be the closest the world ever came to nuclear war between... read more

Dr. Caldicott participated in a public forum with the Dalai Lama and invited guests, held in New York in September 2003.

It’s timely to revisit the discussion now. The video runs for 1 hour and 7 minutes, but you can skip to 51:27 if you want to focus on Dr. Caldicott’s exchanges with His Holiness. 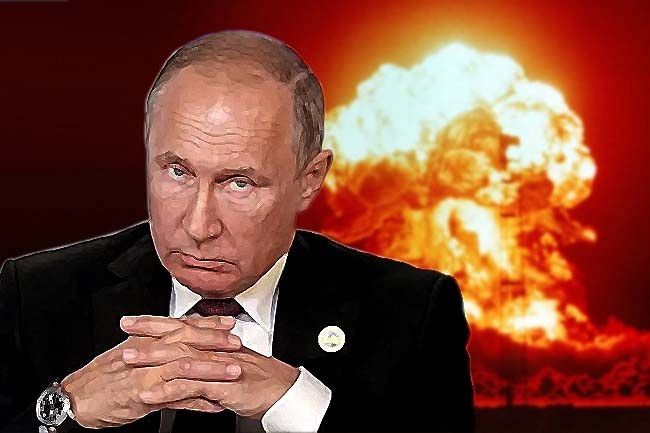 The U.S., as always, standing on its self-righteous dignity, is retaliating with economic sanctions and arming NATO neighbours with murderous weapons.  It has rejected outright Russian President Vladimir Putin’s plea to prevent Ukraine from joining NATO and to remove the missiles pointed at Russia in NATO countries that were liberated from the Soviet... read more

Morrison makes soothing noises about nuclear non-proliferation, but what of future governments? 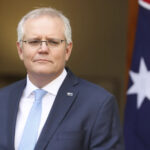 In 1971, radioactive isotopes were found in the Adelaide water supply having emanated from the French atmospheric tests being conducted on the Mururoa Atoll in the Pacific. As the Australian people learnt about the dangers posed by these tests, they rose up. Thousands marched in city streets, and entire pages of letters to the editor were published about the “bloody French”. So powerful was this outcry that prime minister Whitlam took France to the International Court of Justice, which ruled the tests were illegal.

Some years later Australia decided to mine uranium. In 1977, the ACTU passed a resolution to neither mine, transport nor export uranium – which stood until Bob Hawke introduced the three -mines policy.