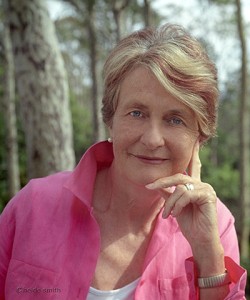 Helen Caldicott deserves a much greater place in our histories of the Cold War and ending the USA / USSR arms race than she generally gets. This is, perhaps, because she is powerful and a woman. A pediatrician, who in the 1970’s would not tolerate the radioactive fallout she and her patients were suffering from nuclear weapons tests in Australia, Helen and her family came to the USA. She and another physician named Ira Helfand revived what had been a local Boston organization of physicians and created a Nobel Prize winning organization called Physicians for Social Responsibility (PSR), which later participated in the creation of another Nobel Prize winning group, the International Physicians for the Prevention of Nuclear War (IPPNW). These two along with hundreds of other organizations committed to peace and nuclear disarmament formed the International Campaign for the Abolition of Nuclear Weapons (ICAN) which has helped to create the new Treaty on the Prohibition of Nuclear Weapons (see http://icanw.org/the-treaty ) and also won the Nobel Prize (2017).

Helen herself is a powerful communicator and will move audiences at a level that can change the course of someone’s life and work. She followed her own destiny to winning meetings with Mikhail Gorbachev, President of the Soviet Union, where she educated him about Nuclear Winter and the fact that nuclear is not a war that anyone can win. She also met with President Reagan in the era and diagnosing early-stage dementia… Her ability to bring the reality of the world to these men, and reality of these men to the world set her aside, in a class by herself—and was an enormous contribution to us all.

I first met Helen in the body of her Cold War block-buster book “Nuclear Madness.” I was in the midst of an existential crisis that could have become an even bigger health crisis.  After college I needed a job (not yet a career) because I was broke, broken up from my first “true” love, and far from home. I got a job as a research assistant in a lab at a prestigious medical school; it was 1984.

Within 2 weeks, I was inadvertently contaminated with radioactivity (without my knowledge) by carelessness of a lab-mate. The radioactive material, Phosphorus-32 is used in research to trace biochemical activity in living organisms. This type of radioactivity is not deeply penetrating, so there was some reason not to panic, however the I was exposed continuously for over a week, and I also found radioactivity at home– my toothbrush was “hot”—so I had also had some level of internal exposure. I was terrified. The lab used concentrations of the tracer thousands of times higher than is typical.

The institution told me there was no danger, but because I was upset, they helped me transfer to a different job. No accident report was filed, and in the midst of transition, my radiation detection badge was never processed. It is not possible to know the dimensions of my exposure—I began having symptoms that were not normal for me. Many people, including some family members told me I was imagining things. No one in my circle understood how terrified I was.

I was fortunate that Helen had already written “Nuclear Madness”—the first edition came out in 1978, just before the March 1979 Three Mile Island nuclear meltdown in Harrisburg PA—an event that propelled the book into multiple printings including a Bantam Paperback edition that I found. It turned out that 7 years later I helped Helen to revise and update the same text for the 1994 WW Norton edition. It was Helen’s deep commitment to truth, to speaking and writing that truth, to empowering people to take action for good. Helen’s words accurately described radiation and its potential for harm, and in my panic about the unknown, this calmed me.

Every other authority I had encountered was trying to tell me there was no problem—when I knew they had no right to dismiss what had happened to me.  I am quite certain that had I remained alone with my fear, despair, and confusion my panic would have resulted in behaviors that would have compounded any harm bodily from that radioactive contamination. Reading Helen’s work let me know there was at least one woman walking the Earth who did know what I was going through… it made it possible for me to choose recovery and walk away from a legal battle that would have forced me to maintain, hold and prove a myself a victim. Instead, following in Helen’s wake, I chose Peaceful Warrior. Thank you Helen!