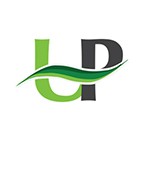 Last week, Trump via Twitter fired Bolton, his third national security adviser in less than three years, due to disagreements over a range of US foreign policy issues related to North Korea, Venezuela, Cuba, among others.

“I think without Bolton there will… evolve better relationships with [Russian President Vladimir] Putin, and I hope the new START agreement survives,” Caldicott, founder and longtime head of the Nobel Peace Prize-winning Physicians for Social Responsibility organization said.

Caldicott also cautioned that much would hinge upon whom Trump chose as his next national security adviser to replace Bolton. The president has said he would announce the new appointment this week.

“I do think that the President’s Primary instincts are to abstain from wars,” she said.

Although tensions with Iran are now soaring following the attacks by unmanned aerial vehicles (UAVs) or drones, Caldicott said that the possibility of constructive talks between Washington and Tehran could improve without Bolton there to seek to implacably thwart them.

“There will [also] be a greater prospect for positive negotiations with Iran,” Caldicott, a Melbourne practicing physician who became one of the world‘s leading medical experts on the dangers of nuclear war, suggested.

Nevertheless, Trump‘s repeated impulsiveness in his public comments and dramatic switches in policy were bound to keep concerns alive about global peace and stability, Caldicott observed.

“With a bare three minute decision time to destroy civilization, and with an impetuous somewhat off-kilter President with his finger hovering over the button who knows if we will survive – maybe one hopes by luck,” she said.

Caldicott also recalled that Trump had already acted in concert with Bolton to scrap the 1987 Intermediate-Range Nuclear Forces (INF) Treaty, which finally became moribund last month, greatly increasing the danger of a new global arms race in the weapons it had sought to regulate.

“Cruise missiles were banned in the INF treaty because they end arms control – they can be hidden from satellite detection in haystacks or other methods because they are so small. Also they fly beneath radar hugging the land until they reach their target,” she said.

Along with road-mobile, low-trajectory Pershing 2 missiles which would reach Moscow in three minutes from Europe, the world agreed to ban these extremely dangerous missiles, Caldicott recalled.

Caldicott is the author of many books, including “The New Nuclear Danger: George W. Bush‘s Military Industrial Complex,” and “War In Heaven: The Arms Rave in Outer Space” along with “Sleepwalking to Armageddon: The Threat of Nuclear Annihilation.”

The Smithsonian Institution has named her one of the most influential women of the 20th century.