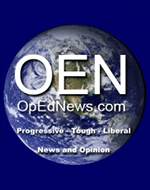 “Radioactive fallout which remains toxic for hundreds to thousands of years covers large areas of Japan and will never be ‘cleaned up,'” asserts Dr. Caldicott, a medical doctor who has been showered with honors and awards for her long-time campaign against the dangers of nuclear power production and nuclear war.

Instead, “It will induce an epidemic of cancer as people inhale the radioactive elements, eat radioactive food and drink radioactive beverages,” the anti-nuclear authority said. “It is the greatest industrial accident in the Earth’s history,” she points out. Dr. Caldicott formerly taught pediatrics at Harvard Medical School and founded the Nuclear Power Research Institute of Washington, D.C.

In 1986, she recalled, a single meltdown and explosion at Chernobyl covered 40% of the European land mass with radioactive elements”and over one million people have already perished as a direct result of this catastrophe, according to a 2009 report published by the New York Academy of Sciences.

“This is just the tip of the iceberg, because large parts of Europe and the food grown there will remain radioactive for hundreds of years,” Dr. Caldicott adds.

No dose of radiation is safe, she noted. Each dose received by the body is cumulative and adds to the risk of developing malignancy or genetic disease.

What’s more, “Children are 10 to 20 times more vulnerable to the carcinogenic effects of radiation than adults, Dr. Caldicott says. “There are medical homes near Chernobyl full of grossly deformed children, a situation that has never been seen before in the history of medicine.”

Each nuclear reactor manufactures 30 tons of deadly radioactive waste a year and there are more than 400 reactors globally. This high-level waste must be isolated from the environment for one million years—but no container lasts longer than 100 years.

“The isotopes will inevitably leak, contaminating the food chain, inducing epidemics of cancer, leukemia, congenital deformities and genetic diseases for the rest of time,” Dr. Caldicott points out.

“The Japanese government is desperately trying to ‘clean up’ radioactive contamination but in reality all that can be done is collect it, place it in containers and transfer it to another location. It cannot be neutralized and it cannot be prevented from spreading in the future.”

The Great Eastern Earthquake of March 11, 2011, measuring 9.0 on the Richter scale, triggered the massive tsunami on Japan’s East Coast that induced the meltdown of three of Tokyo Electric Power Co.’s (TEPCO) reactors at Fukushima within hours.

“The radioactive contamination and fallout from nuclear power plant accidents will have medical ramifications that will never cease, because the food will continue to concentrate the radioactive elements for hundreds to thousands of years,” Dr. Caldicott states. “This will induce epidemics of cancer, leukemia and genetic disease.”

Dr. Caldicott urges that all 440 nuclear power plants around the world be closed down and replaced with alternative (solar, wind, tidal) plants and that all atomic weapons be dismantled.