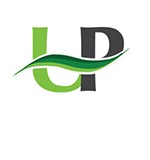 WASHINGTON (UrduPoint News / Sputnik – 28th May, 2020) The Trump administration is on its way to destroying all arms control agreements and its scrapping of the Open Skies Treaty last week was the latest step on that road, global peace activist Dr. Helen Caldicott told Sputnik.

US Secretary of State Mike Pompeo announced on May 21 that Washington would pull out of the 2002 treaty in six months unless Russia started adhering to the pact, which allows reconnaissance flights over some 34 participating countries. Russia has denied breaching its terms.

“Trump and his so-called advisers want to destroy every arms control [deal] that has come down the pike,” Caldicott, founder of the Nobel Peace Prize-winning Physicians for Social Responsibility, said.

However, since then, Trump has continued to pursue Bolton’s agenda of destroying the entire structure of international nuclear and other arms control treaties that have defused global tensions for generations, Caldicott pointed out.

“I wouldn’t be a bit surprised if that ‘war criminal‘ Bolton was behind this,” she said.

There was no possible benefit for the American people or for the national security interests of the United States in scrapping the Open Skies Treaty, she pointed out. Nor would any of the other nations that were signatories of the Open Skies Treaty benefit from the unilateral US withdrawal from it, Caldicott observed.

“Is it good for all other parties of this multilateral agreement? No they must be metaphorically tearing their hair out,” she said.

Trump’s decision was also a warning that the survival of the crucial New Strategic Arms Reduction Treaty (New START) was also now at risk, Caldicott warned.

Caldicott, an Australian physician, has been one of the world‘s leading anti-nuclear activists for more than 40 years. She is the author of many books including “The New Nuclear Danger: George W. Bush‘s Military Industrial Complex.” Caldicott is a global expert on nuclear dangers to human health. The Smithsonian Institution has named her one of the most influential women of the 20th century.