By Helen Caldicott on 1 May 2011 in Articles 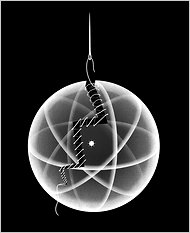 Six weeks ago, when I first heard about the reactor damage at the Fukushima Daiichi plant in Japan, I knew the prognosis: If any of the containment vessels or fuel pools exploded, it would mean millions of new cases of cancer in the Northern Hemisphere.

Many advocates of nuclear power would deny this. During the 25th anniversary last week of the Chernobyl disaster, some commentators asserted that few people died in the aftermath, and that there have been relatively few genetic abnormalities in survivors’ offspring.

It’s an easy leap from there to arguments about the safety of nuclear energy compared to alternatives like coal, and optimistic predictions about the health of the people living near Fukushima.

But this is dangerously ill informed and short-sighted; if anyone knows better, it’s doctors like me. There’s great debate about the number of fatalities following Chernobyl; the International Atomic Energy Agency has predicted that there will be only about 4,000 deaths from cancer, but a 2009 report published by the New York Academy of Sciences says that almost one million people have already perished from cancer and other diseases.

The high doses of radiation caused so many miscarriages that we will never know the number of genetically damaged fetuses that did not come to term. (And both Belarus and Ukraine have group homes full of deformed children.)

Nuclear accidents never cease. We’re decades if not generations away from seeing the full effects of the radioactive emissions from Chernobyl.

As we know from Hiroshima and Nagasaki, it takes years to get cancer. Leukemia takes only 5 to 10 years to emerge, but solid cancers take 15 to 60. Furthermore, most radiation-induced mutations are recessive; it can take many generations for two recessive genes to combine to form a child with a particular disease, like my specialty, cystic fibrosis. We can’t possibly imagine how many cancers and other diseases will be caused in the far future by the radioactive isotopes emitted by Chernobyl and Fukushima.

Still, physicists talk convincingly about “permissible doses” of radiation. They consistently ignore internal emitters — radioactive elements from nuclear power plants or weapons tests that are ingested or inhaled into the body, giving very high doses to small volumes of cells. They focus instead on generally less harmful external radiation from sources outside the body, whether from isotopes emitted from nuclear power plants, medical X-rays, cosmic radiation or background radiation that is naturally present in our environment.

However, doctors know that there is no such thing as a safe dose of radiation, and that radiation is cumulative. The mutations caused in cells by this radiation are generally deleterious. We all carry several hundred genes for disease: cystic fibrosis, diabetes, phenylketonuria, muscular dystrophy. There are now more than 2,600 genetic diseases on record, any one of which may be caused by a radiation-induced mutation, and many of which we’re bound to see more of, because we are artificially increasing background levels of radiation.

For many years now, physicists employed by the nuclear industry have been outperforming doctors, at least in politics and the news media. Since the Manhattan Project in the 1940s, physicists have had easy access to Congress. They had harnessed the energy inside the center of the sun, and later physicists, whether lobbying for nuclear weapons or nuclear energy, had the same power. They walk into Congress and Congress virtually prostrates itself. Their technological advancements are there for all to see; the harm will become apparent only decades later.

Doctors, by contrast, have fewer dates with Congress, and much less access on nuclear issues. We don’t typically go around discussing the latent period of carcinogenesis and the amazing advances made in understanding radiobiology. But as a result, we do an inadequate job of explaining the long-term dangers of radiation to policymakers and the public.

When patients come to us with cancer, we deem it rude to inquire if they lived downwind of Three Mile Island in the 1980s or might have eaten Hershey’s chocolate made with milk from cows that grazed in irradiated pastures nearby. We tend to treat the disaster after the fact, instead of fighting to stop it from happening in the first place. Doctors need to confront the nuclear industry.

Nuclear power is neither clean, nor sustainable, nor an alternative to fossil fuels — in fact, it adds substantially to global warming. Solar, wind and geothermal energy, along with conservation, can meet our energy needs.

At the beginning, we had no sense that radiation induced cancer. Marie Curie and her daughter didn’t know that the radioactive materials they handled would kill them. But it didn’t take long for the early nuclear physicists in the Manhattan Project to recognize the toxicity of radioactive elements. I knew many of them quite well. They had hoped that peaceful nuclear energy would absolve their guilt over Hiroshima and Nagasaki, but it has only extended it.

Physicists had the knowledge to begin the nuclear age. Physicians have the knowledge, credibility and legitimacy to end it.

Originally published on newyorktimes.com 30 April 2011 and in The New York Times 1 May 2011