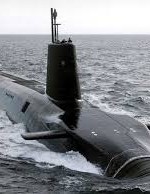 In recent years, our fear about nuclear weapons has focused on whether new countries will join the club – on Obama’s successful efforts to prevent Iran from going nuclear (unfortunately now being undermined by Trump) and on Trump’s more helpful opening dialog with North Korea on getting rid of its nukes.

But now we urgently need to look inward at our own US nuclear program, with Congress within inches of approving a Trump proposal that would ignite a new arms race among the existing nuclear states and would greatly increase the danger of nuclear weapons use.

The most pressing global challenge on nuclear weapons is whether the US will kick-off a new nuclear arms race by expanding the American arsenal to include new low-yield nuclear weapons, making the use of nukes much more likely. The Union of Concerned Scientists decries the Trump administration’s new Nuclear Posture Review  as “outlining radical, dangerous, and costly changes in US nuclear weapons policy that will make nuclear war more likely and the United States—and the entire world—less safe.

A Congressional reconciliation committee is now considering an amendment to Trump’s military budget for next year. Unless there is major public outcry, Congress may soon approve a plan:

Just nine months ago, President Trump’s threats to rain down the “fire and fury” of nuclear warfare on North Korea were terrifying.  For a president who doesn’t like to be briefed on the complexity of a situation, and who doesn’t seem interested in possible far-ranging consequences of his action, to have sole power to launch weapons capable of massive human slaughter and global-wide environmental destruction makes absolutely no sense. Congress should end this sole authority and enact an alternative proposed by nuclear weapons experts : requiring 2 additional officials to join the president in signing off on any nuclear strike.

It’s important to remember all signers of the Nuclear Nonproliferation Treaty have obligations – not just the non-nuclear states. Under Article 6, all states, including the US and the other 8 existing nuclear powers are required to “undertake to pursue negotiations in good faith on effective measures relating to cessation of the nuclear arms race at an early date and to nuclear disarmament, and on a treaty on general and complete disarmament under struct and effective international control.”

To understand why the US and others should be working on disarmament instead of launching a new nuclear arms race, I recommend Dr. Helen Caldicott’s new book, Sleepwalking to Armageddon  — an excellent collection of essays by the world’s leading nuclear scientists. Caldicott explains: “Chapters address the size and distribution of the current global nuclear arsenal, the history and politics of nuclear weapons, the culture of modern-day weapons labs, the militarization of space, and the dangers of combining artificial intelligence with nuclear weaponry, as well as a status report on enriched uranium and a shocking analysis of spending on nuclear weapons over the years. The book ends with a devastating description of what a nuclear attack on Manhattan would look like, followed by an overview of contemporary antinuclear activism. Both essential and terrifying, this book is sure to become the new bible of the antinuclear movement—to wake us from our complacency and urge us to action.”

Here’s the action I hope you will join me in today: sign this Letter to Members of Congress. Tell them you want them to say no to the Trump administration’s new nuclear weapons policy.